Neptune Flood offers non-admitted, private flood for residential properties in over 38 states, and counting. Neptune Flood is also launching their

commercial flood program in the first quarter of 2020.

Neptune’s revolutionary technology leverages advanced analytics to change the way America buys flood insurance.  In less than 3 minutes, without an elevation certificate or any trailing documents, agents can quote and bind a policy.

London Underwriters is highly optimistic with launching this new program to their appointed agents.

Currently, London Underwriters is contracted with three Insurtech "Unicorns" that have over a $1 Billion valuation: Next Insurance, HiscoxNow and Hippo.

"Our focus for 2020 is to keep the balance between traditional underwriting, while providing a variety of Insurtech platforms that give our agents the ability to join in on the insurance revolution. Neptune Flood is a fantastic program to add to our Insurtech portfolio, with its intuitive user interface and enterprise level technology, it's sure to be a massive disruptor to the ailing traditional NFIP program. " - Jessica Gutheil, Marketing Director 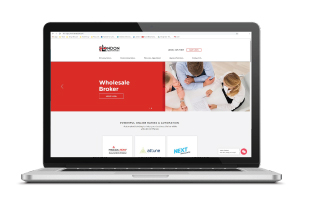 London Underwriters is Wholesale Broker and IDS (Insurtech Distribution Specialist) that specializes in underwriting both Personal and Commercial lines of business. If you are interested in helping disrupt the insurance industry and becoming an appointed agency with London Underwriters, email marketing@londonuw.com or visit their website at www.londonuw.com.